Like many of you out there, I decided to have my DNA tested. I used Ancestry, but there are many others out there.

I had hoped for some surprises like…I’m 9% Native American, or 11% West African.

Alas, I’m 46% England, Wales, Northwest European and 41% Germanic Europe. There were a couple of mild surprises, however. I also have some DNA from Eastern Europe and Russia, the Baltic States, and, of all places, Finland!

Also listed in my report are 1,000 + cousins I never knew existed. *(If I haven’t gotten to you yet, be patient. I work slowly)

One little bombshell landed, however, and I’m still trying to verify it.

Eleanor Pitcairn, born in 1634 in Dreghorn, Ayrshire, Scotland, MAY be my 7-great grandmother.

If this is fact, I have some pretty famous cousins. Who, you ask? 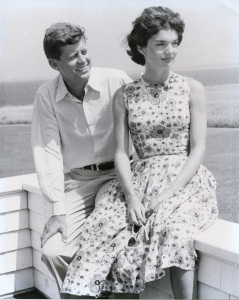 Also noted: The Kennedys and George and Babs were related!

There is one slight problem. If I’m related to all these noteworthy people, my 4th great grandfather has to be George Henry Brown, Sr. (as reported on Ancestry)

If my 4th g. grandfather is George MILTON Brown (Family Search)…well, so long to my famous cousins. Oh, well, it’s too late to get an invitation to the White House, anyway.

And, I have no interest in claiming the current residents.